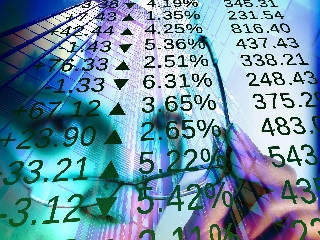 These are quite simply unprecedented times and, first and foremost, we hope that you and your family are safe and well in these testing times.

The growing human cost of this virus is upsetting and the continuing worry and sacrifices we all face mean this will be a challenging few months that will define a generation. The purpose of this letter is to provide an update specifically on investment markets but we are of course mindful of the trying times at a personal level.

With the exception of the market falls at the end of 2018 which were led by concerns over the trade war, the UK markets have lacked severe volatility for broadly three years. Taking the index of the largest 100 companies in the UK, this has traded within 7000 and 7780 points for a three year period with the exception of the fourth quarter of 2018.

Casting our minds back to just before Christmas 2019, the UK markets were positive following the decisive win for the Tory party in the General Election which provided clarity over the direction of travel and (some believe) the length of the Brexit journey.  It did not however provide any certainty on the outcome of the journey, but markets reacted to the fact that some clarity is better than none.

Global markets then shrugged off the initial spread of the disease in Wuhan, mainland China as a localised problem, however at the beginning of February markets were getting nervous about the longer term impact on the global economy. China is in the supply chain for many goods and with there being no indication of the Chinese being able to slow the spread of the virus at that time, the markets began to react to this uncertain future.

The spread of virus then escalated, travelling to other Asian countries, the Middle East, Europe and the US. Governments began enforcing their initial strategies to restrict the movement of people and stop the spread; this heavily impacted companies in certain sectors; retail, travel and leisure to name a few. Global stockmarkets reacted week beginning 24th February 2020 with the largest 100 UK companies falling by around 9.5% in one week. At this point though governments were adamant this would be a short term impact and the virus would be contained.

A further shockwave was felt in the markets week beginning 9th March, with the oil price crashing as a result of the price war started by a disagreement between Saudi Arabia and Russian producers. With the oil companies (BP, Shell and Exxon Mobil to name a few) being some of the largest in the world, this unsettled markets. Historically when oil prices have fallen, these companies have retrenched, cut costs and sold off assets to stay profitable and pay dividends to shareholder but as the coronavirus develops into a global pandemic the collapse in demand means that prospects for these companies now looks extremely challenging.

The headlines continued to document the reaction of the UK market, with the largest 100 UK companies experiencing two of the biggest falls in history on 9th March (-7.7%) and 12th March (-10.9%). Smaller and medium sized companies fell further, as they are less resilient than their larger peers if the crisis brings on a UK recession which it increasingly looks like it will.

The virus has continued to spread and global governments have acknowledged this as they strengthen restrictions on the movement of populations with Italy, Spain and others enforcing full lockdowns in an attempt to spread the impact of the crisis on their respective health services.  The UK is enforcing social distancing, travel bans, cancelled mass gathering / events and as of Friday instructed all leisure and hospitality amenities to close along with all schools (with the exception of key worker children).

This is and will continue to put an immense amount of pressure on businesses in the UK and is fully expected to result in companies getting into serious difficulties and worse. This will impact our economy on an enormous scale with the knock on effect of companies scaling back expansions and laying off workers being felt for many months after this virus has been contained.

The pattern of the spread of the virus is also leaving UK markets feeling uncertain about the short term; if the crisis escalates further there is a very real possibility that the UK will be put on full lockdown resulting in some further economic pain and a potential recession.

The Bank of England has already cut interest rates from 0.75% to 0.1% (its lowest ever level) in an effort to stimulate the economy as these lower rates are designed to encourage savers to spend or invest their money which boosts consumer spending and the stock market. Central banks have also promised unlimited liquidity around the globe and the UK chancellor, Rishi Sunak, announced some unprecedented financial support on Friday 20th March to help UK businesses and people in financial difficulties to get through this.

Whilst this is positive news, the UK markets have fallen by broadly 4% today (at the point of writing) and this short term volatility is expected to continue until the virus peaks and the aftermath unfolds. As already explained, the longer term impact of this crisis will hit some sectors and industry harder than others. Travel, retail, leisure and car manufacturers have been worst hit so far with many ‘defensives’ like utilities and pharmaceuticals holding up the best.   When the peak is reached there is scope for a meaningful bounce in markets and we feel it is best to trust the collective fund managers to sieve through the short term noise.

Fixed income assets have held up better than shares, with only those companies perceived to be at risk of failing seeing their debt downgraded significantly.  Some debt has actually risen in value because the fixed rate of interest is seen as attractive in an environment where rates have now fallen.

Commercial property was initially more resilient to the downturn, with capital values broadly unchanged.  However as it became obvious that there was to be a widespread closure of businesses, albeit hopefully temporarily, the true value of properties became harder to quantify.  In this scenario managers of these funds are required by regulators to suspend dealing to ensure that anyone leaving such a fund is not overpaid.  This is to protect the other investors as otherwise this would be to their detriment.  It is likely that these funds will remain closed for several weeks until the situation becomes clearer, though income will continue to be distributed or accumulated as before in the normal way.

The world has quite clearly changed over the last six weeks and we anticipate that market volatility will continue until such time as more certainty on the extent and length of the virus outbreak can be ascertained. After experiencing good conditions for a prolonged period, it’s easy for a market downturn to feel very scary and whilst the drop we have seen in the last few weeks is not a comfortable experience, it’s traditionally part of the journey for long term investments.

At times like this, we believe it is best to avoid knee jerk reactions and we would encourage you to focus on the long term. We are not able to predict when the bottom of the market will be and “time in the markets” rather than “timing the market” remains part of our investment ethos and throughout history has shown to be the most fruitful way to invest monies. Undoubtedly the news headlines will remain difficult for some time to come but we are trusting in the investment managers we use to see this as an opportunity over the longer term.

Finally, we take great pride in the service that we offer to our clients and we will endeavour to maintain this throughout this crisis, however you will appreciate that the structure and logistics of our service may be adapted to keep you and our staff safe.  We will keep you updated on our plans and action taken as this event progresses but at the time of writing normal service is being maintained with the exception of all face to face meetings which have been postponed.

Please do contact with us if you wish to discuss this article or your specific portfolio in more detail. 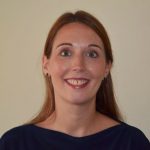