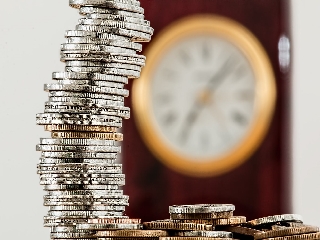 The Institute for Fiscal Studies (IFS) have recently published findings showing the extent to which various age groups are misjudging how long they are likely to live.

The “underestimation” of longevity can have a serious impact on financial planning strategies.

Self-evidently, if you plan on the basis you will live until X but you actually live until Z you could be “caught short” (financially speaking) and estimating T but surviving to Z makes it even worse – we could go on – but I’m sure you get the picture. Cashflow modelling tools are designed to expose and make clear this false optimism – this is something we work on with clients at Michael Ambrose Limited.

Conversely, the analysis found older people in their 70s and 80s were, on average, overly optimistic about the likelihood of living to age 90 and beyond. This could mean they spend too little of their income in the belief it will have to stretch out much longer.

Planning is the most important factor – understanding what you have is half the battle. Don’t delay; discuss your options with us today.

In line with government guidelines our office is closed for the foreseeable future. Staff are working from home so if you need to contact Michael Ambrose Ltd please do so by email: reception@michaelambrose.co.uk. Thank you for your patience in these challenging times. Stay safe

Latest official figures show that 48% of pension plans have been accessed without regulated advice or guidance. According to the regulator taking advice increases the size of your pension pot… #pensions #financialadvice