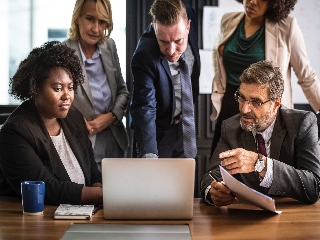 F.A.O OF ALL BUSINESS OWNERS AND SHAREHOLDERS

The truth is you will not know until you are faced with the reality but in order to at least partially protect you, the other shareholders, and of course your business from such an event you could consider arranging some financial protection to ensure that the impact is not unmanageable.

Below is an example of where such an event would have an impact.

In this uncommon example a successful family run business is owned by four shareholders in equal shares. The business is owned by the father, mother and the two sons whom both are married. The wives of the two sons have no interest in the business and the sons would ideally like the shares to be retained by the other business owners should anything happen (in the event of death), i.e. be purchased by the remaining shareholders.

Each shareholder’s Will is structured to leave the shares to their spouse on death.  Should one of the sons die suddenly this will result in the Will coming into effect. This then means that the shares will then be owned by the deceased son’s spouse whom has no interest in the business. However, whilst the deceased’s spouse has no interest in the business she is aware that the shares are of value to the remaining shareholders, and given that she has just lost her husband, the deceased’s spouse is highly unlikely to simply hand her inherited valuable shares to the surviving shareholders.

In due course this could result in the shares being sold to a competitor which would certainly complicate matters.

Whilst the death of one of the shareholders is unavoidable, the sale of the shares to a competitor can be avoided if there is some ‘Shareholder’ cover in place. In this instance if for example a sum assured of £1m is put in place this would provide a capital lump sum to the surviving shareholders, split equally between them. This would allow them to purchase the shares from the Widow, therefore providing for her, and ensuring that the shares remained ‘in house’.

In addition the relevant share purchase agreement must be in place because this would give either party (surviving shareholders or the widow) the ability to exercise her right to buy, or sell the shares.

However, in the absence of a share purchase agreement or shareholder protection, the surviving shareholders and potentially the spouse could be left exposed.

This concept is known as ‘Shareholder Protection’ cover and it is an area that we specialise in. As independent practitioners we can of course help ensure good value is received. It may be that you already have this cover in place, if so we would be happy to help review its cost and the appropriateness of the level of cover, as it the cover initially arranged may now be out of date, for example new shareholders have joined or a change in the valuation of the company.

As a reminder we are Charted Financial Planners which means that we are able to source the best contracts at the best prices, unlike the majority of banks for example who are restricted to certain insurance companies only.  We can also talk and advise about other issues such as ‘Keyperson protection’ to protect the business in the event of a key employee’s death.

If you wish to consider matters then please do not hesitate to get in touch. I can confirm that there would be no charge for such a meeting and we would be happy to discuss your situation.