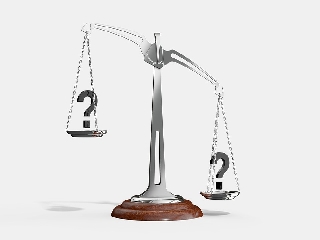 The Radical changes announced on pensions and ISAs in recent years have reopened the debate on where is the best place to save for retirement.

So, does the pension’s upfront tax relief trump the tax free growth within an ISA after the pension income has been taxed on the way out? And what if your income tax rates change between saving and retirement? Crunching the numbers will give you the hard facts on which gives the best net return, but there are other factors which could come into the equation.

There will no longer be a restriction on what can be taken from a DC pension – just like an ISA – and the maximum savings per annum into each are moving closer (The annual pension allowance is £40,000 plus carry forward from previous years). These changes mean pensions and ISA have become easily comparable as long term savings vehicles.

Crunching the numbers will show which will provide the best net return. But it’s unlikely that the tax position of savers will remain constant, both at the point of saving and when it comes time to access those savings.

Pensions and ISAs enjoy the same tax privileges on their underlying investments. Both investments pay no additional tax on any investment growth and income.

This gives them a distinct advantage over, say, a portfolio of collective funds (such as OEICs and unit trusts) and / or cash sat on deposit where income may be taxed annually at the savers personal rate of income tax, and gains that may arise on switching investments could result in a charge to capital gains tax.

Where pensions and ISAs differ is on the tax breaks given when payments are made, and when funds are accessed.

There are, of course, many other factors that could influence the choice between a pension or an ISA. The most obvious factor being that an ISA can be accessed at any age. There’s no need to wait until age 55, unless of course it is a Lifetime ISA (LISA), but these are not being discussed in this article.

So an ISA could be preferable if saving towards life events that are likely to occur before this age, or simply as a ‘rainy day’ fund. But that freedom could be an unwelcome temptation for less disciplined retirement savers.

Another point to consider may be what can be passed to loved ones on death. An ISA will form part of the estate on death unless the underlying stocks and shares qualify for certain reliefs.

The rules for pensions are that if the individual was to die before the age of 75, and a valid and up to date nomination of death beneficiaries has been made, then the monies will pass to beneficiaries free of Inheritance Tax.

If the individual was to die after the age of 75 then the recipient is taxed on the income at their marginal rate.

There remain strong arguments for having both pensions and ISAs together. And this may be the case where a large amount is needed for a particular purpose and taking it from the pension could mean that the income becomes taxed at either 40% or 45%. Having some savings and using them for large one-off expenditure could avoid income tax at the higher rates (and the loss of the personal allowance if income exceeds £100,000).

As you can see from the above, having a variety of investments can give some added retirement tax planning freedom.

If you would like to discuss the above or indeed any other area of financial planning please do not hesitate to give me a call.